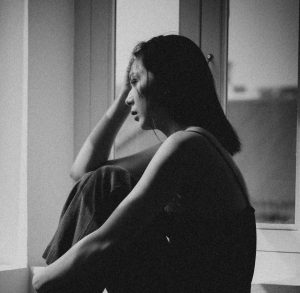 Languishing is a sense of stagnation and emptiness. It feels as if you’re muddling through your days, looking at your life through a foggy windshield. And it might be the dominant emotion of 2021.

As scientists and physicians work to treat and cure the physical symptoms of long-haul Covid, many people are struggling with the emotional long-haul of the pandemic. It hit some of us unprepared as the intense fear and grief of last year faded.

In the early, uncertain days of the pandemic, it’s likely that your brain’s threat detection system — called the amygdala — was on high alert for fight-or-flight. As you learned that masks helped protect us — but package-scrubbing didn’t — you probably developed routines that eased your sense of dread. But the pandemic has dragged on, and the acute state of anguish has given way to a chronic condition of languish.

In psychology, we think about mental health on a spectrum from depression to flourishing. Flourishing is the peak of well-being: You have a strong sense of meaning, mastery and mattering to others. Depression is the valley of ill-being: You feel despondent, drained and worthless.

Languishing is the neglected middle child of mental health. It’s the void between depression and flourishing — the absence of well-being. You don’t have symptoms of mental illness, but you’re not the picture of mental health either. You’re not functioning at full capacity. Languishing dulls your motivation, disrupts your ability to focus, and triples the odds that you’ll cut back on work. It appears to be more common than major depression — and in some ways it may be a bigger risk factor for mental illness.

The term was coined by a sociologist named Corey Keyes, who was struck that many people who weren’t depressed also weren’t thriving. His research suggests that the people most likely to experience major depression and anxiety disorders in the next decade aren’t the ones with those symptoms today. They’re the people who are languishing right now. And new evidence from pandemic health care workers in Italy shows that those who were languishing in the spring of 2020 were three times more likely than their peers to be diagnosed with post-traumatic stress disorder.

Psychologists find that one of the best strategies for managing emotions is to name them. Last spring, during the acute anguish of the pandemic, the most viral post in the history of Harvard Business Review was an article describing our collective discomfort as grief.

We still have a lot to learn about what causes languishing and how to cure it, but naming it might be a first step. It could help to defog our vision, giving us a clearer window into what had been a blurry experience. It could remind us that we aren’t alone: languishing is common and shared.

And it could give us a socially acceptable response to “How are you?”

Instead of saying “Great!” or “Fine,” imagine if we answered, “Honestly, I’m languishing.” It would be a refreshing foil for toxic positivity — that quintessentially American pressure to be upbeat at all times.

Excerpted from “There’s a Name for the Blah You’re Feeling: It’s Called Languishing” in the New York Times. Read the full article online.

A screening can help you determine if you or someone you care about should contact a mental health professional. Care Managers can arrange a free 30-minute Care Consultation so you can explore options with an expert. Call or email our Care Managers at 650.688.3625 or careteam@stage.chconline.org to set up an initial Consultation appointment.