Why Do Girls Tend to Have More Anxiety Than Boys? 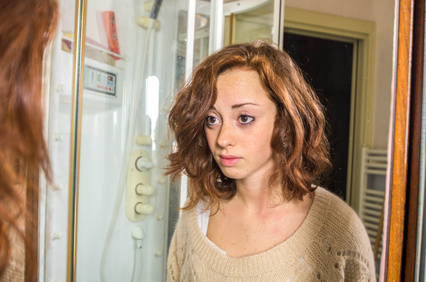 Why is it that girls tend to be more anxious than boys?

It may start with how they feel about how they look. Some research has shown that in adolescence, girls tend to become more dissatisfied with their bodies, whereas boys tend to become more satisfied with their bodies. Another factor has to do with differences in how girls and boys use social media. A girl is much more likely than a boy to post a photo of herself wearing a swimsuit, while the boy is more likely to post a photo where the emphasis is on something he has done rather than on how he looks.

Boys are at lower risk for the toxic effects of social media than girls are, for at least three reasons. First, boys are less likely to be heavily invested in what you think of their selfies. “Does this swimsuit make me look fat?” is a question asked by girls more often than by boys. Second, boys tend to overestimate how interesting their own life is. Third, the average boy is likely to spend more time playing video games than Photoshopping his selfie for Instagram.