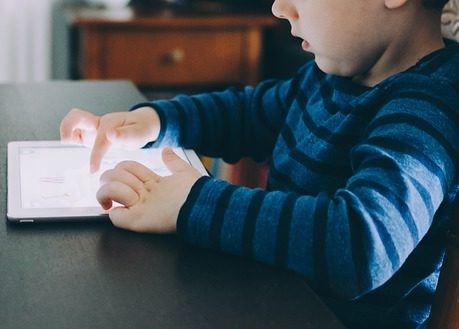 After another round of holidays, it’s safe to assume, a lot of children have been diving into media more than usual. They may have received new electronic toys and gadgets or downloaded new apps and games. Managing all that bleeping and buzzing activity causes anxiety in many parents. Here’s a roundup from NPR of some of the latest research.

A new report from the United Nations Children’s Fund, or UNICEF, surveys the online experiences of children and youth around the world. They found that adolescents and young people are the most connected generation and that children under 18 represent 1 in 3 Internet users worldwide.

Digital resources are expanding access to education and work, and in some places, young people are using them to become more civically engaged.

But there are serious harms — such as sexual abuse, child pornography and sex trafficking — that are exacerbated by the Internet, especially in the developing world.

2. Young children are spending much more time with small screens

Ninety-eight percent of households with children 8 and under, rich and poor, now have access to a mobile device, such as a tablet or smartphone. That is up from 52 percent just six years ago, according to a nationally representative parent survey from Common Sense Media, a nonprofit organization.

While children’s overall screen time has held steady for years (at 2 1/4 hours), more and more of it is taking place on handheld devices: 48 minutes a day in 2017.

3. Families are organizing to put off giving kids phones

Brooke Shannon, a parent in Austin, Texas, with three daughters, started an online pledge last year called Wait Until 8th that calls on parents to put off giving kids a smartphone until the end of middle school.

4. A new study offers a way to measure problematic media use in children

The question of whether screen media use can be a true “addiction” is not yet settled among mental health professionals. But a study released in November in the Psychology of Popular Media Culture tries to get a better measure of problems with screens. The researchers interviewed parents of children aged 4 to 11 about their children’s relationship to media and their general well-being.

Here are some of the statements that, if true, can indicate a bigger problem:

5. Screen time limits may have nothing to do with a young child’s ability to thrive

For a study released last month in Child Development, researchers at University of Oxford and Cardiff University in the U.K. interviewed nearly 20,000 parents of young children aged 2 to 5. After controlling for factors like race, income and parent education level, they found limits on screen time over the course of a month were not necessarily associated with positive outcomes in children. On the contrary, the researchers found small links between moderately higher screen use and the children’s good moods. The researchers concluded that caregivers, and their doctors, should do a cost-benefit analysis before “setting firm limits.”

Tagged with: media and Internet use, research
Posted in News