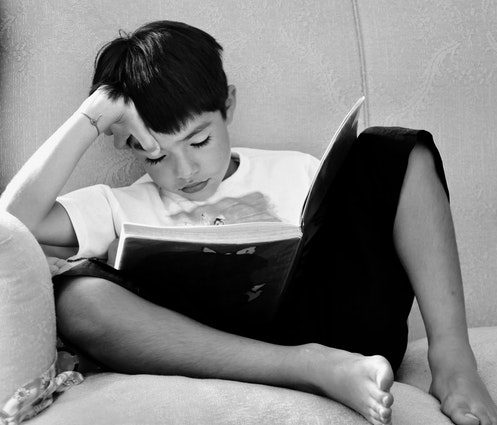 Your ADHD child fidgets and squirms his way through school and homework, but seems laser-focused and motionless sitting in front of the TV watching an action thriller.

New research shows lack of motivation or boredom with school isn’t to blame for the differing behavior. It turns out that symptoms of Attention Deficit Hyperactivity Disorder such as fidgeting, foot-tapping and chair-swiveling are triggered by cognitively demanding tasks – like school and homework. But movies and video games don’t typically require brain strain, so the excessive movement doesn’t manifest.

Scientists once thought that ADHD symptoms were always present. But previous research from Rapport, who has been studying ADHD for more than 36 years, has shown the fidgeting was most often present when children were using their brains’ executive functions, particularly “working memory.” That’s the system we use for temporarily storing and managing information required to carry out complex cognitive tasks such as learning, reasoning and comprehension.

As recently published in the Journal of Abnormal Child Psychology, Mark Rapport, director of the Children’s Learning Clinic at the University of Central Florida and Rapport’s senior doctoral student Sarah Orban and a research team tested 62 boys ages 8 to 12. Of those, 32 had ADHD. Thirty did not have ADHD and acted as a control group.

During separate sessions, the children watched two short videos, each about 10 minutes long. One was a scene from a Star Wars movie, and the other was an instructional video featuring an instructor verbally and visually presenting multistep solutions to addition, subtraction and multiplication problems.

The children with ADHD were largely motionless while watching the Start Wars clip, but during the math video they swiveled in their chairs, frequently changed positions and tapped their feet.

Weren’t the children absorbed by the sci-fi movie and bored by the math lesson? Not so, Rapport said.

“That’s just using the outcome to explain the cause,” he said. “We have shown that what’s really going on is that it depends on the cognitive demands of the task. With the action movie, there’s no thinking involved – you’re just viewing it, using your senses. You don’t have to hold anything in your brain and analyze it. With the math video, they are using their working memory, and in that condition movement helps them to be more focused.”

Read the full article on the University of Central Florida’s website. The study abstract is available here.