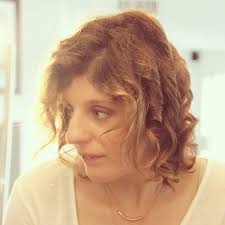 Diagnosed with autism and oral-motor apraxia, which makes her unable to speak, Carly Fleischmann had a breakthrough at 10 years old when she communicated for the first time by typing on a keyboard. Today, the 22-year-old uses technology as her voice for everyday thoughts and feelings. Fleischmann has become the first-ever nonverbal celebrity talk show host, as well as an inspiring advocate for other people with autism.

The Toronto native says she first understood what it meant to be nonverbal during a lunch with her siblings as a young girl.

“My brother placed his order and then my sister did hers. I remember putting my order in too, however, when the food came out my sister and brother got what they wanted and the plate in front of me was not what I had asked for in my head,” says Fleischmann. “At that moment in time, I realized I did not have a voice. I could not tell people that I wasn’t feeling well or why I was hitting my head with my hand to stop myself from doing something I knew was wrong.”

But at age 10, Fleischmann finally found her voice. Starting with one-word sentences, she began to request things she wanted — something she could never do before. Eventually, Fleischmann was sharing her feelings, dreams and hopes for the future with her family — and revealing her hilarious personality.

But Fleischmann says learning to type sentences was a difficult and slow process due to her poor fine-motor skills.

“I had to work hard to communicate and spell. When I first started to type, I could only talk with one-word sentences,” she says.

In addition to learning to communicate, she graduated from high school, reached over 3 million viewers by interviewing celebrities like Tatum, Whitney Cummings and James Van Der Beek. And she wrote a song for country artist Kaitlin Kozell.

But, most importantly, Fleischmann has inspired thousands by sharing her knowledge about what it’s like to live with autism. She answers parents’ questions on her website and social media on a regular basis, and she is constantly finding new and innovative ways to share her experiences with the world.

Excerpted from an article on People.com. Read the full article here.