LGBT+ Teens in US, Rejected by Families, Struggling in Foster Care 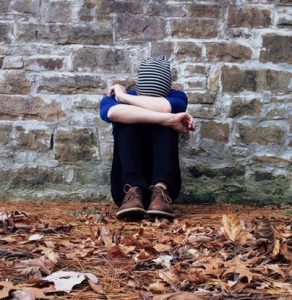 LGBT+ teens in the United States are three times more likely than heterosexual teens to live in foster care, often after being rejected by their families over their sexuality, according to new research.

Those teens are three times as likely to have considered suicide as well, said the University of Texas at Austin report published in the medical journal Pediatrics.

More than 400,000 children live in foster care in the United States, according to Children’s Rights, a group working with neglected and abused children.

Roughly a third of teens living in foster care are LGBT+, the research found. Overall, 11 percent of the U.S. population is LGBT+, according to U.S. Centers for Disease Control and Prevention data.

A quarter of teens living in temporary situations such as shelters or motels said they were LGBT+, it found. The study surveyed about 600,000 students ages 10 to 18 in California.

Teens revealing their LGBT+ identities to family members can result in their being harassed, forced to leave home or becoming homeless, the report said.

“The current findings revealed that LGBTQ foster care youth in California are not faring as well as their non-LGBTQ or non–foster care counterparts,” the report said.

Excerpted from “LGBT+ teens in US, rejected by families, struggling in foster care – research” in Reuters online. Read the full article. Read or watch a short video about the report abstract. The full report was published in the March 2019 issue of Pediatrics, the professional journal of the American Academy of Pediatrics.