When Not Paying Attention in Class Isn’t What It Seems 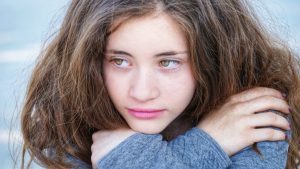 High school junior Nick Belsaguy pulled a lot of all-nighters in December. He was in his backyard woodshop, crafting laser-engraved cutting boards until 4 a.m.

“(Woodworking) lets me go from the start of ideas in my mind then to a complete finished product,” the 16-year-old entrepreneur said. “I just love seeing that.”

That passion and focus rarely gets tapped at school, though. Nick said he sometimes rushes through classwork so he can use class time to respond to client inquiries or create laser designs on school software.

It was in one of those moments when Jacob Johnson, who is Nick’s teacher in a credit recovery class at Murrieta Valley High School, learned of his student’s thriving business. For Johnson, that discovery was the perfect parable for why schools need to be transformed from their longstanding models in the wake of the pandemic.

“With Nick, when I was observing his behaviors in classes, he’s so driven,” Johnson said. “Yet he’s in a class where he could be labeled as a ‘failure’ or ‘failing.’”

For some teachers, the pandemic provided a catalyst to abandon that reductive framework and the grading model that feeds it. Johnson is among them.

Nick is the type of kid who likes to ask his teachers how what he’s learning fits into the real world. During a geometry unit in his math class last year, examples weren’t necessary. Nick already recognized the mathematical principles from skills he’d taught himself in his woodshop.

“So my grades went from having a D+ to an A-. Because I’ve learned it, and in my mind, I picture, ‘Oh, when I’m doing this, this is for this.’ So it’s just the same thing on paper.”

The geometry lessons also helped Nick extend his knowledge. At the time, he was working on end tables where the legs form Xs. He had struggled to figure out the correct angles and lengths to cut the legs. Then, while learning more about triangles, he had an a-ha moment that solved his problem.

As it turned out, algebra “and a whole bunch of other random stuff” were next, so the flame of Nick’s academic interest dimmed back to its usual flicker. Most of the time, he said, he does what he has to in school because he knows it’s important to graduate, not out of real curiosity.

Johnson wants teachers to consider what it would take to fan the flames of every student’s interests instead of focusing on points and grades as motivation — which doesn’t work for many kids anyway.

Johnson said that during the first year of the pandemic, while teaching in his garage and staring at blank Zoom boxes, he had no choice but to tackle that issue head-on. He said it took a mindset shift on both his assignments and classroom management. Instead of seeing himself as a judge who calculates points and assigns grades, he began thinking of himself as a sherpa guiding students through unfamiliar knowledge and skills.

With the return to in-person learning, Johnson carried that new perspective with him. This year, his ninth-grade English classes created a grading contract focused on effort and growth. Every progress report period, students discuss with Johnson what mark they believe they earned. That’s what goes into the gradebook.

Excerpted from “When Not Paying Attention in Class Isn’t What It Seems” in KQED’s MindShift. Read the full article online.

Source: MindShift | When Not Paying Attention in Class Isn’t What It Seems, https://www.kqed.org/mindshift/59181/when-not-paying-attention-in-class-isnt-what-it-seems | Copyright © 2022 KQED INC